India and Pakistan... ahh the brothers separated by a boundary of hatred.

Why cant we unite again by forgetting our past?

This will not be the first case in the history where two countries have united again.  Brutish Britishers and incompetency of our leaders malign our country to such a level where partitioned was the only respite. But, that was more than 63 years ago. So, don't you think it's the right time to burn our hatred and join hands together for a better future?
The hysteresis of partition led to several wars fought in between the two countries hindering the progress of both the nations. Also, cross border terrorism and trafficking led to several other problems which are by no means good for any of the country. Instead of peace talks why not our policy maker's device a policy forming a single nation again.

Why not bring Sri Lanka, Bangaldesh, and Bhutan also a beneficiary of the treaty. I know there is an organization named SAARC, but we all know that it only exists in conference hall and in big talks. I haven't included Nepal because informally they are a part of India.
The new country can be called as the INDIAN SUBCONTINENT. The country capital can be shifted to Mumbai or New Delhi can continue to hold its stature. Democracy should prevail in such a re-union.
Well I know such a policy and plan will never come into the minds of our politician's and media because if such a plan is implemented then for what will they ask vote for, as in our country and also in our neighborhood the politics of hatred is only carried out. Also media won't let such a plan be implemented 'coz that will remove their basic news- terrorism and news of folly. 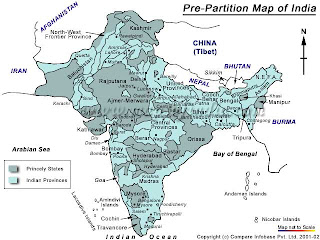