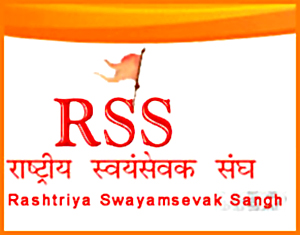 Always I wondered why the secular sect of political parties gets tormented even by the slightest thought of RSS.

The inquisitiveness in me roused manifold when I saw a political debate over alleged RSS & Anna Hazare link in a 24*7 news channel. As propagated, it seems in general that RSS might be an orthodox right wing Hindu nationalist organization working for the welfare of only Hindus. But the facts available online give you an all together different picture. The policy of minority appeasement for the sake of individual political gains is the prime source for such a distorted image.

Even the former critic of RSS Prime Minister Jawaharlal Nehru appreciated the volunteer work of the Sangh during the Sino-Indian War in 1962 and had called them to take part in the Indian Republic day parade of 1963. Later in 1965 and 1971 Indo-Pak wars too, the RSS volunteers offered their services to maintain law and order of the country and were apparently the first to donate blood. While in 1947 when the major political party shook hands with the Britishers and went ahead with the partition of the country, the RSS opposed the brutish Britishers and Muslim separatism. Sadly, none recalls it today.

The so-called secular parties wastes no time whatsoever in accusing RSS for being anti-nationalist when many of the religious outfits in the country that are working to destabilize the Indian state are seldom checked and controlled for mere political gains . Google it and you will find that the sole motto of RSS is to revitalize the Indian value system based on universalism and peace with an immediate focus on Hindu renaissance, which would build an egalitarian society and a strong India that could propound this philosophy. The organization says, it aspires to unite all Hindus and build a strong India, which could contribute to the welfare of the world. The movement considers Hindus as inclusive of Sikhs, Jains, Buddhists, tribals, untouchables, Veerashaivism, Arya Samaj, Ramakrishna Mission, etc. as a community, a view similar to inclusive referencing of the term Hindu in the Indian Constitution.

When the country is suffering from illiteracy and poverty the RSS is taking a lead role in providing the education to people of rural India and socially backward classes living under the extreme poverty. The messiah of Harijans Dr Bhimrao Ambedkar while visiting the RSS camp at Pune observed that RSS volunteers were moving in absolute equality and brotherhood with no sign of caste differences. On the other hand government never misses a chance of creating differences in between different religions and castes. Even in the Jan Lokpall bill where the prime motto was eradicating corruption the government tabled reservations thus dividing the country based on religious lines. Dr Zakir Hussain the former President of India once said that the allegations against RSS of violence and hatred against Muslims are wholly false. Muslims should learn the lesson of mutual love, cooperation and organization from RSS.

The country must understand the evil motive of the government in fueling a conspiracy theory against the social organizations like RSS. Hindus in particular and Indians in general must use their electoral powers wisely in keeping such political parties away from the power module who defame the nation with false allegations. The spokesperson of such political parties won’t gather courage to utter even a single word against the ones who beat up fellow North Indians or against the ones who cry out loud to divide the country for political gains. But never losses a chance to cry foul against the noble deeds of right wing organizations.

A thought may creep in your mind that why the self proclaimed secular political parties are against such a nationalist social organization that has no political inclination?
The fear accumulates from the revolutionary like foundation and working of RSS. Rough figures estimates that there are around 5-6 million RSS member throughout the country. Though the organization has no political upbringing yet the fear of political appraisal worry the political sleuths. Someday mass hysteria cause due to lowering of political standards may bring in revolutionary organization RSS as the central socio-political outfit making it hard for family politics to sustain.
Happy & Prosperous New Year
Note: I'm neither an active nor a passive member of RSS.


Source: Wikipedia.
Posted by Rachit at 3:34 AM